The concept behind the five cooling towers is to illustrate the history and the different stories around the south of Luxembourg.
Back in the days the south (lux. Minett) used to be a major place for excavations of iron ore. Many cities and villages were build around the industries. So the key elements through the five towers are the railroad and the row houses, as it should guide the viewer through the whole picture. Back then those rails were only build to get the heavy iron ore out of the mines and bring it immediately to the melting halls. Also the row houses have a great architectural value nowadays. They were only build for the workers to be as close to the industry as possible.
As you can see on the first tower, my main emphasis was to illustrate the language and sayings of the rough south. 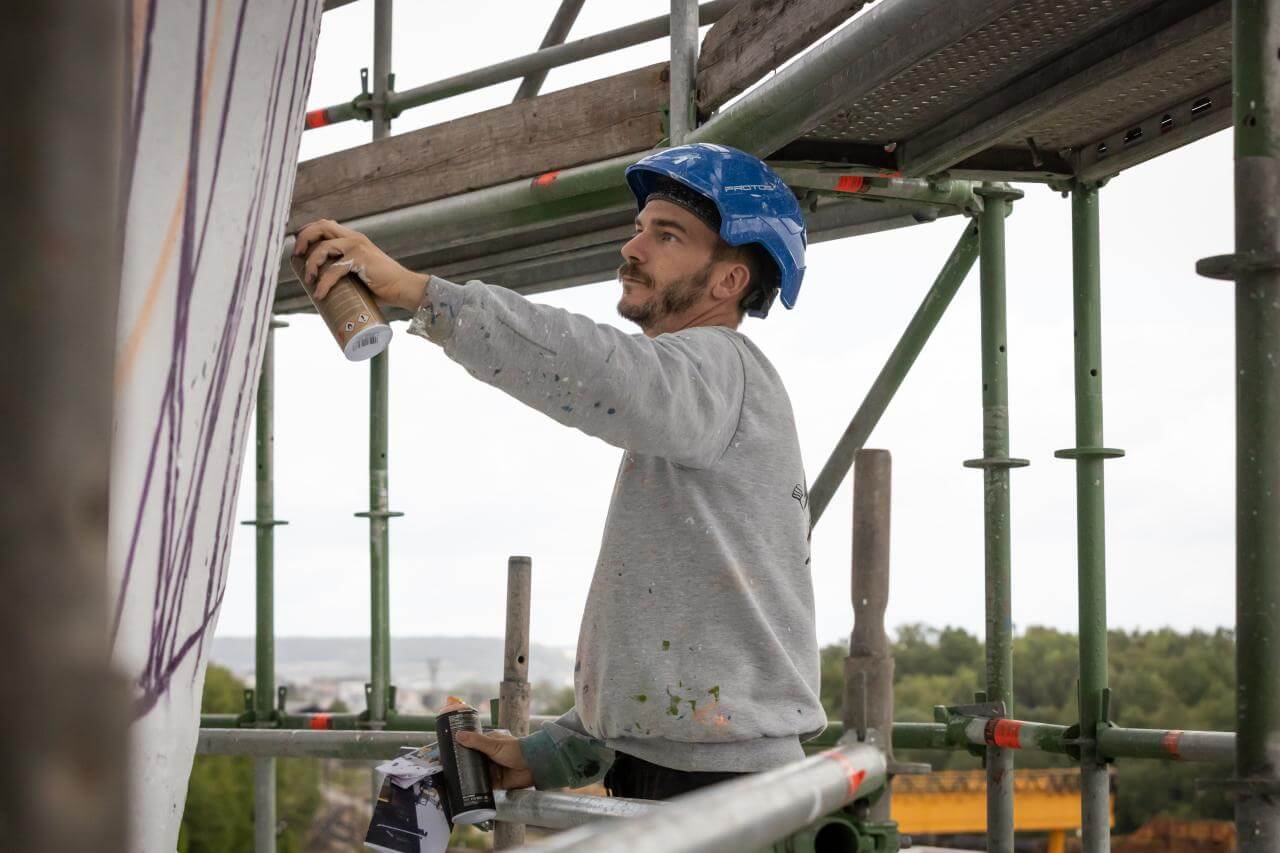 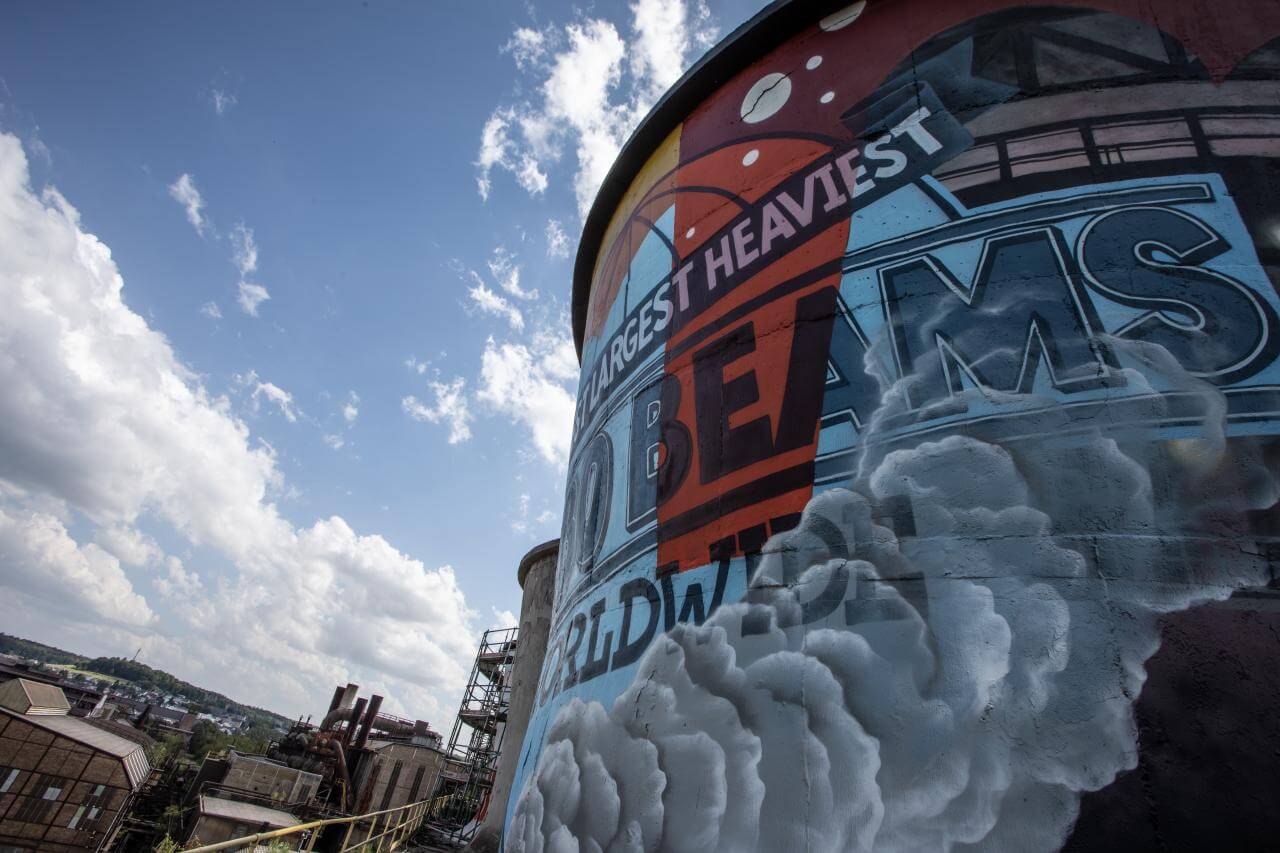 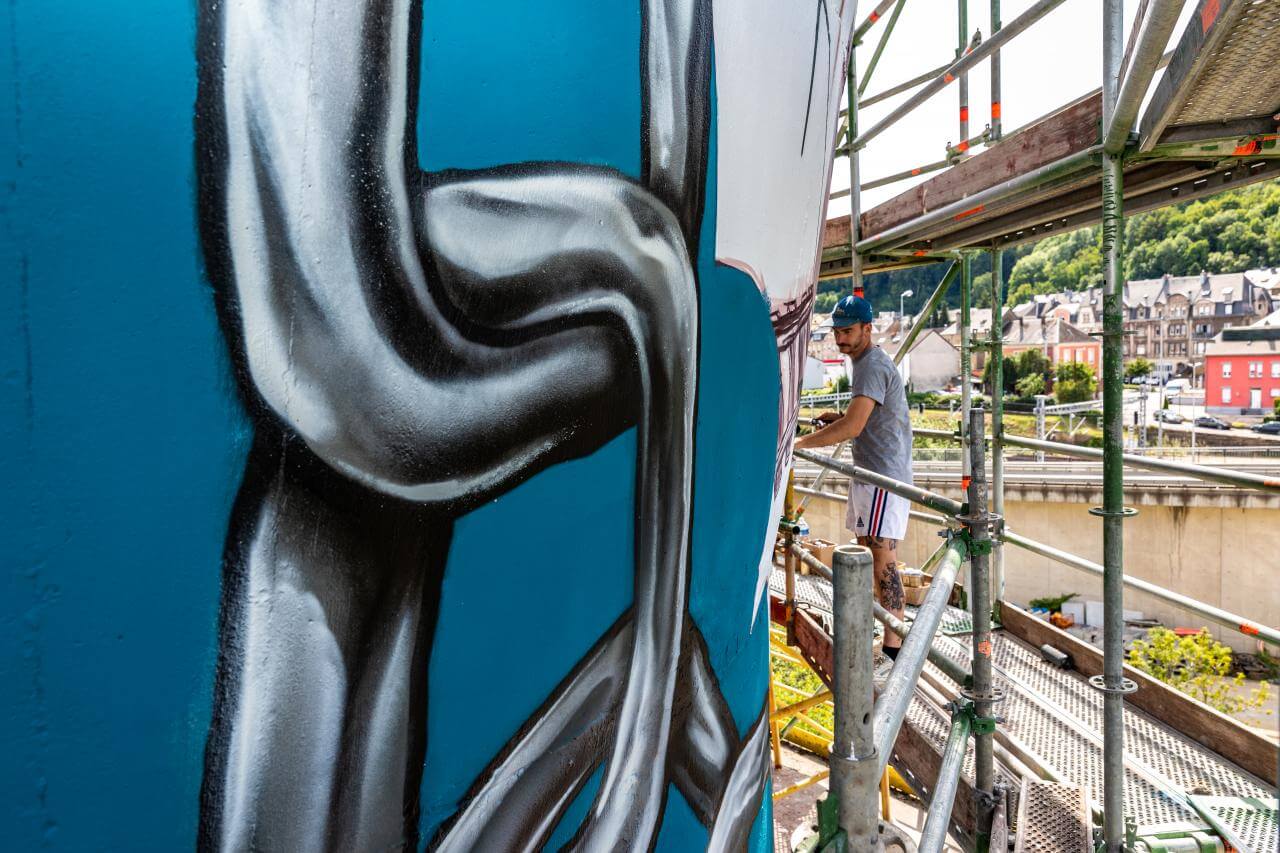 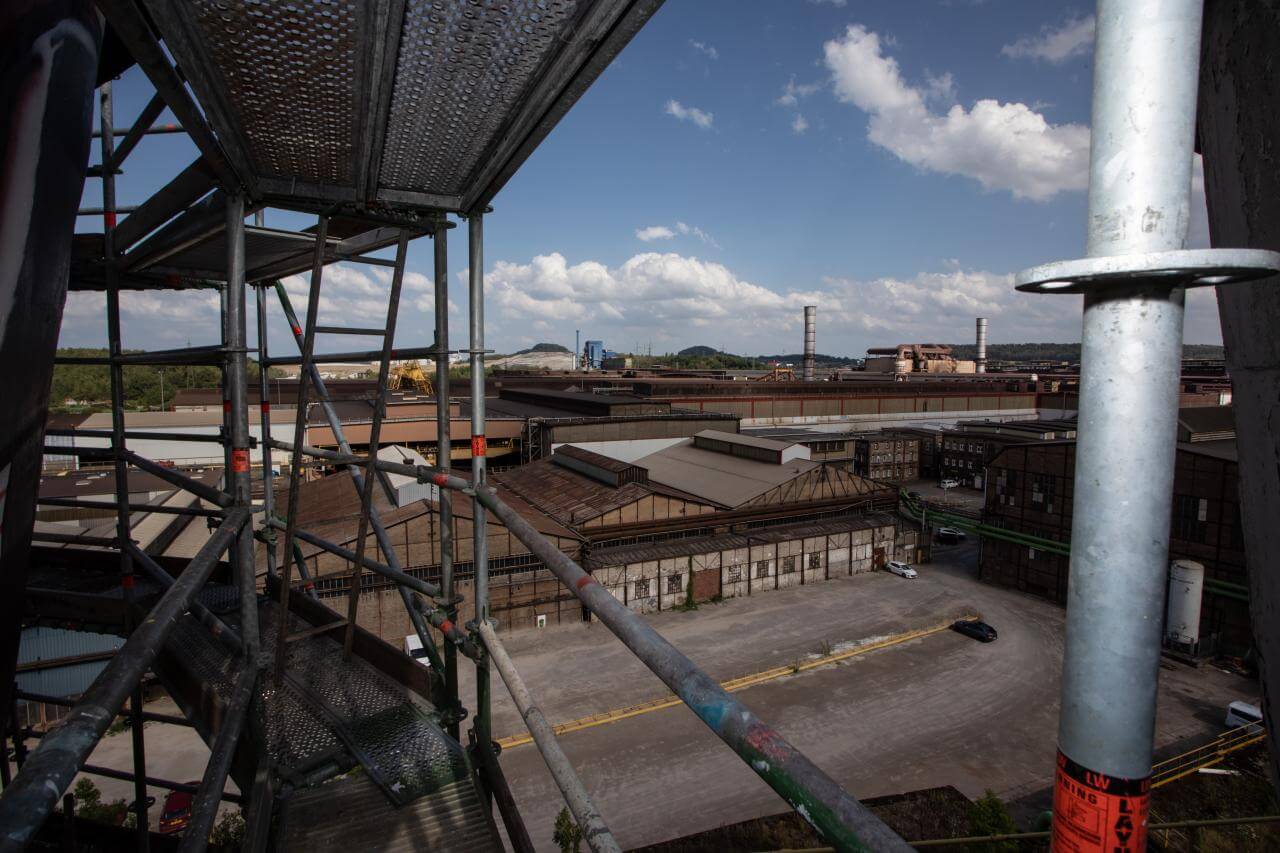 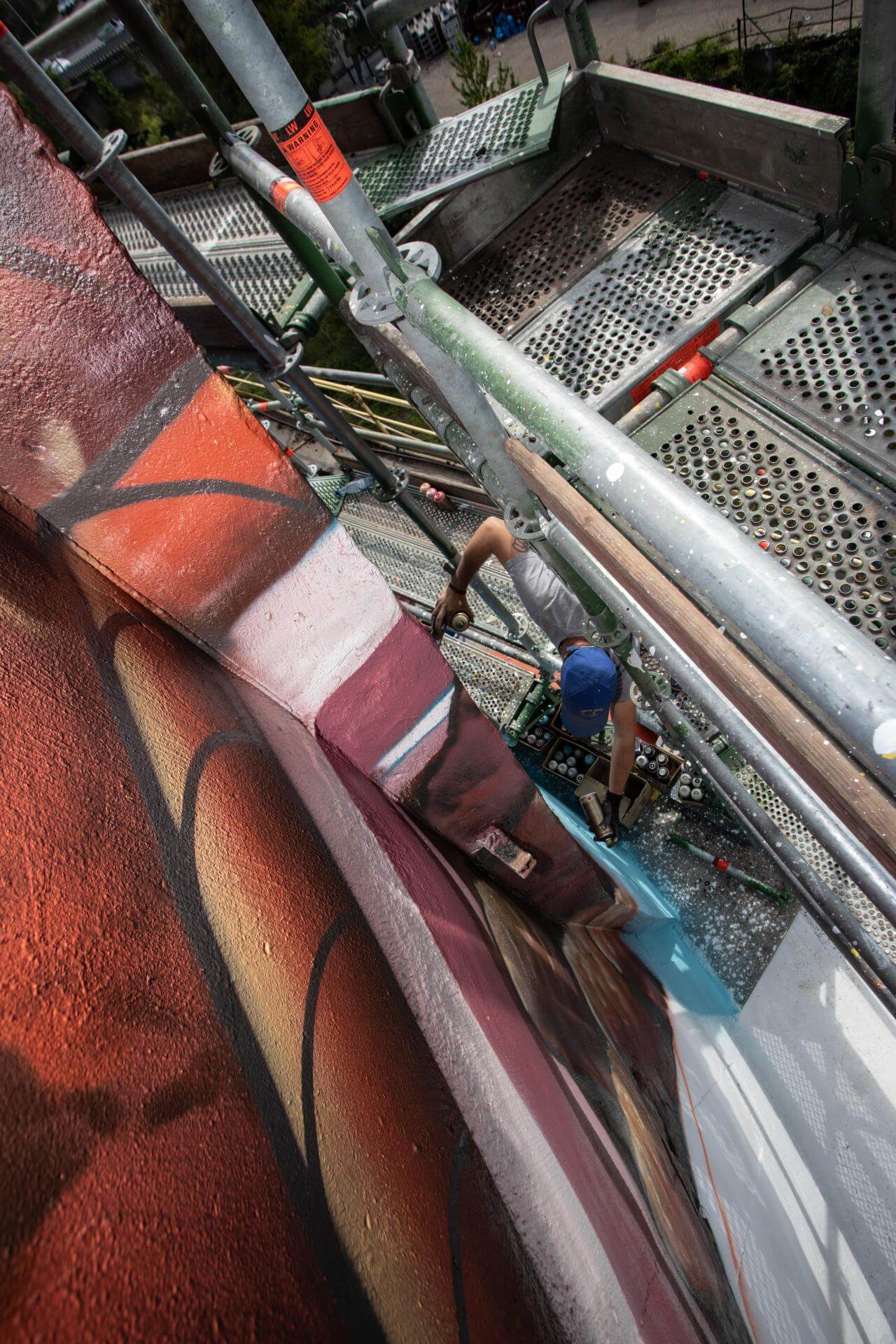 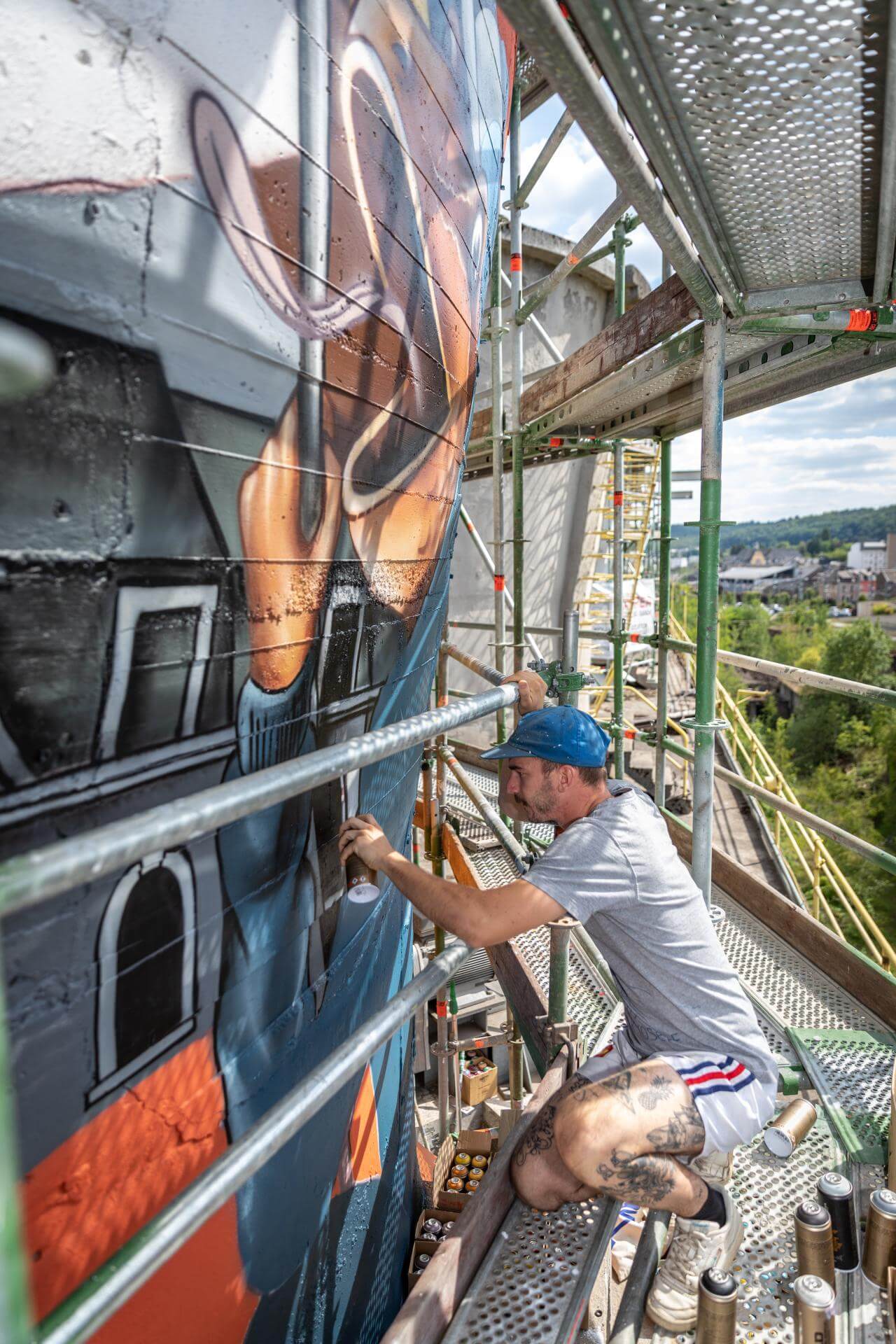